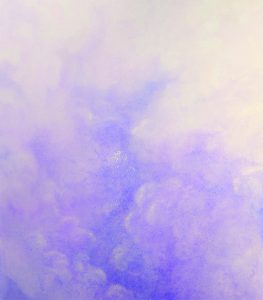 The theme of an interconnectedness, a collective consecrated Oneness, runs throughout various spiritual and cultural belief systems around the world.

“A human being is part of the whole called by us a universe, a part limited in time and space.  We experience ourselves, our thoughts and feelings as something separate from the rest.  A kind of optical delusion of consciousness.  This delusion is a kind of prison for us, restricting us to our personal desires and to affection for a few persons nearest to us. Our task must be to free ourselves from the prison by widening our circle of compassion to embrace all living creatures and nature.

“For the first time, astronomers were able to see a string of hot gas known as a filament, that is thought to be part of the mysterious, underlying structure that dictates the layout of all the stars and galaxies in our universe… the cosmic web.”

The Buddhist Law of Pure Potentiality indicates:  We are the Observers, the Observed and the World.  We wear all three of these hats daily.  All three are One.

A native, indigenous culture, the Bridge Walkers, dream of uniting humanity by teaching children and all people their sacred ceremonies and prayers so that the red, yellow, black and white can all come together as One people, One Heart, One Mind, One Spirit.

Dr. Deepak Chopra likens the Wizard Merlin’s Crystal Cave, where all wise lessons took place, to a symbol for our own awareness, our own deep, spiritual center, our inner voice, our soul, which he says is truly our own Wizard Self of unbounded awareness.

By infusing the world with our soul love, focusing on beauty and joy through a lens of Light, a healing effect is produced in all living beings, as well as the air, lands and seas that surround us.

Time is markedly speeding up and as vital, authentic information becomes more disbursed, as momentum increases like dominos folding in sync across the continents, we will witness amazing transformations happening more and more quickly.

As Authors, Artists, Screen Writers, Directors and Producers become more aware of  another enlightened side of life taking place, simultaneously with the continuing dark side, a virtual Shift in consciousness with its magnitude of healing intention of love for all humanity, lands, seas and skies, is occurring. We will soon begin to see truly innovative writings and cinema, showing the future of Mother Earth depicted not as a dark, ravaged war-torn world, but as a futuristic, shangri-la kind of paradise of love, beauty, joy and light, with a more highly evolved human consciousness and a peaceful co-existence of all beings.  These chronicles will be far from boring.  They will introduce us to new, exciting ways of thinking, being and loving that will herald in ideas of which we have only yet begun to scratch the surface.

Mainstream humanity will be learning to access the 6th and 7th senses of intuition and emotion, thus enabling many to travel to other dimensions in their minds.  Many advanced yogis, shamans, qigong practitioners, taoists, buddhists and other spiritualists already possess these latent abilities and have been employing them since ancient times.

Eventually, using a higher order 8th sense of meta sensory perception of time, located in the insula of the brain, people will time travel in ways unimaginable.

The audiences receiving the new, fascinating knowledge, will resonate with and willingly consume these suggested seeds of genius, planted into their psyches through film and written media, which will illuminate their paths to a suggested future of Oneness and compassion with their Higher selves and with each other.

The physical actualization of such vital intentions will then be re-produced into future generations, through the possible aid of a phenomenon called morphic resonance, a term coined by Dr Rupert Sheldrake.  Mankind will have begun to move into a higher state of humility consciousness, until we ultimately become a unified conglomerate of unconditional love that is potently powerful.

We will be actively shifting the very fate of our future in safe and productive ways with our beliefs (downloaded ideas of the purest intention) originated from Source, then made manifest into physical reality.  This is ancient visualization methodology.

The shamans say we can be shape shifters.  To take this a step further, by learning to transcend our current mental, physical and spiritual thought processes, we will then begin shifting the future.  As future-shifters, we will be holding, sharing and inspiring the selfless, sublime intention of love, light and healing for all.

What a simple yet crucial step for our metamorphosis as we all are one and ultimately impacted by each other.  This age old wisdom reveals the true resurrection of the Christ Consciousness in mankind, already begun.

It is of vital importance for protection of the collective mind, that all be made aware of the extraordinary magnitude of what is happening on a positive level, individually and in large groups of people, across the continents.  These pure intentions contain tremendous value and power in their inherent goodness, with an ability to transcend in exponential proportion, the lower energies on our planet.

The book, Akashic Alphabet, has been created as a powerful catalyst for humanity, offering 26 shining, prophetic paradigms, of this future, New World.